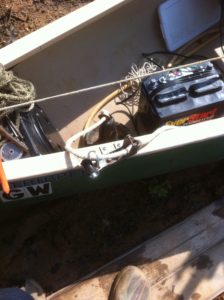 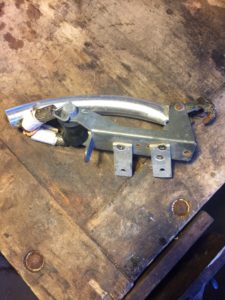 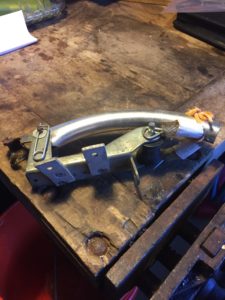 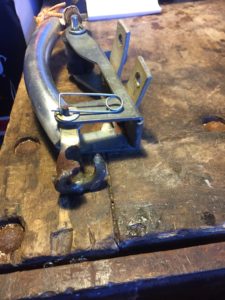 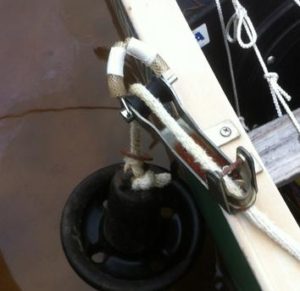 Problem: I purchased an anchor line feed and mounted it on my canoe, but for some reason, maybe because I just like things to be adjustable or something, as a matter of fact I think what happened was that the sheave in this fitting got cracked during the process of repairing it, drilling out the rivet and taking off the rope guide. When I replaced it I thought I would prefer to have a quick release pin so that if I need to take it apart again it would be very easy.  Then it occurred to me that I had to feed the anchor line through the restraining hole in the back as well as the guide that was around the sheave. And the swing arm that the rope is fed through that locks the rope in place when the rope is released couldn’t easily be disabled or bypassed. What I really wanted to do was to be able to secure the anchor in place at the stern of the boat where I was seated.

Action: I put the quick release pin in.

Result: The problem of releasing it from the back of the boat has not been resolved. Being able to take the sheave in and out works great.

How much time it took to develop: 5 hours