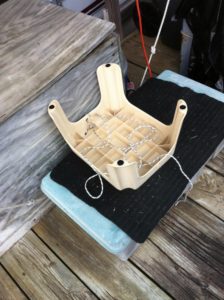 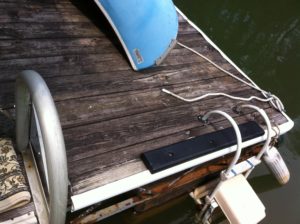 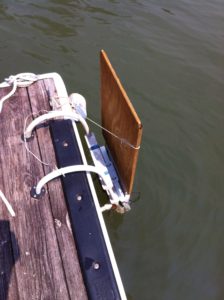 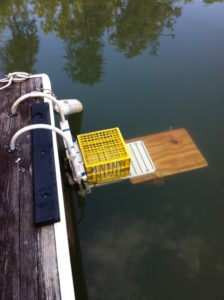 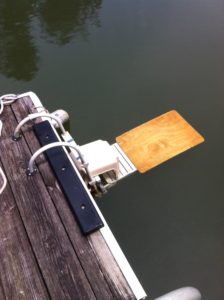 Action: I had an old 3-step boat boarding ladder that I attached the swim platform to. On the dock, I drilled holes for the looped top of the swim ladder to fit in and I used the sockets already installed on the pontoon boat for the pontoon swim ladder.

Result: It works pretty well, with qualifications. My adaptation that allows me to go from dock to pontoon boat works great. The ladder itself is really deficient in a number of aspects, which I won’t go into now, except to say that my large dog found it difficult to fit on the platform.

Current status: Sold the platform because my dog is now too old to use it