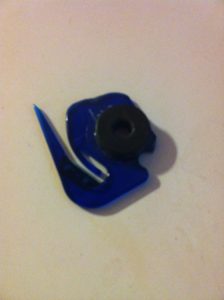 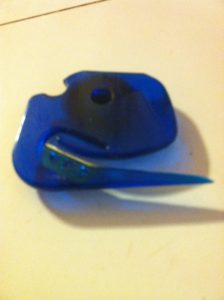 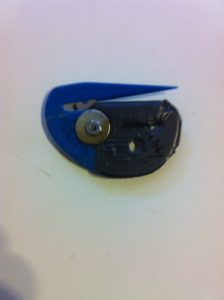 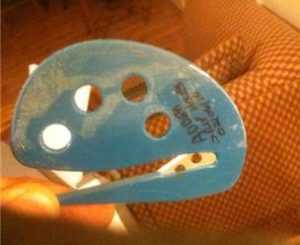 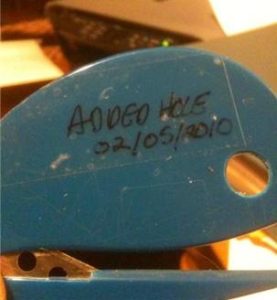 Problem: I came across a great letter opener. I think it may have even been a promotional item. However, it was solid plastic where you gripped it. There was no way to hang it on anything, and sometimes when pushing it through an envelope my fingers would slip.

Action: The first thing I did was drill a hole in the handle part so I could hang it over a pen or pencil in my pencil holder. However, it still slipped, so I decided to drill some more holes in the grip part, which then meant that the fingers would be more secure on it.

And then, thinking further, wouldn’t it be fun to have a little magnet on this so I could just put it up against my file cabinet and it would be right there. So I added a magnet.

The more I used it, the more I realized that the way it was originally designed the paper on the envelope would bunch up where the blade met the plastic stopping the cutting action. I added a guide which brings the paper in at the base of the blade so the slicing action can continue with the paper prevented from moving up where it would bunch up as before.

Result: It works great! And, when I added the paper guide, it hardly ever is jammed, and zips right through one envelope after another.