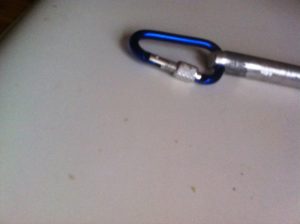 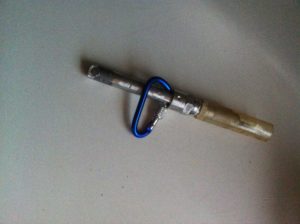 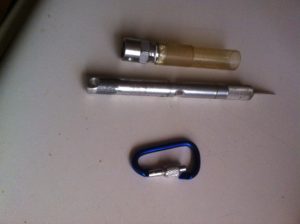 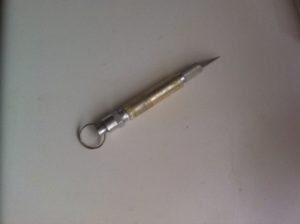 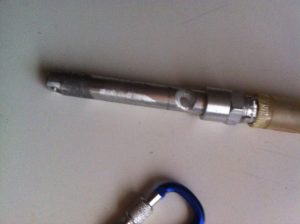 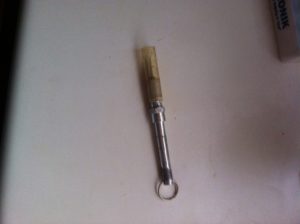 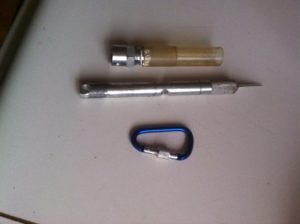 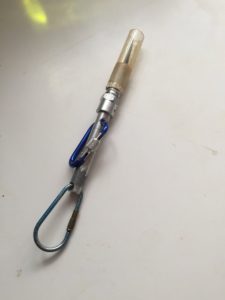 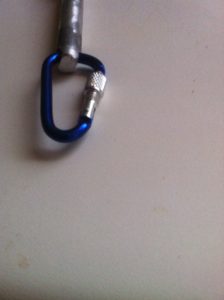 Problem: The knife I have has a shield that slides over the blade. It also does not have a hole for hanging out of the way. the shield can easily become dislodged and slide back down the handle exposing the blade.

Additional Thoughts: I would have the handle longer so when the shield is out of the way there is plenty of room to grip the knife handle without interference.

How much money it took to develop: None – had the carabiners